You are here: Home / Frugality / Life in general

Hey look! A three-post week for the first time in… Well, let’s not get too focused on minutiae.  The point is I’m here for a third time and let’s all just let me bask in the glow of a week with a normal posting schedule.

Anyway, here are the general goings-on ’round these parts.

Remember how much the Rexulti was helping? Yeah, I had to stop taking it.

Strangely, my insurance wasn’t eager to cover a drug that costs $1,038 a month. So it denied the preauthorization until I tried at least two medications from a specific drug class.

We already had one down — the one I’d been using to help me sleep. So I just had to try one more, and the doctor decided on Abilify(‘s generic counterpart).

But this turned out to be a good thing.

First of all, Abilify is definitely working. I think the dosage needs to be increased slightly, but I’m definitely better than I had been this past year or so. A slight step up in milligrams, and I should be back to Rexulti-levels of functionality.

Secondly, Abilify’s co-pay is $20 compared to the $70 I’d have been paying for Rexulti.

Third, if Tim’s 2018 plan is anything to go by (we both have HealthNet plans), I’d be paying 30% co-insurance next year. Sure, insurance’s rates are only about 40% of retail, but that would still leave me paying around $125  a month. So… Bring on the Abilify!

Our trivia group decided to go to an’80s dance party. Dress-up was optional, but strongly encouraged.

I was happy for an excuse to dress up. Tim was less enthusiastic, but that’s because we didn’t have a real clear idea of what he should be. We couldn’t easily scour thrift stores because that would be a lot of standing on concrete floors with a bad back, not to mention the issue of bending and stooping to try on clothes.

Instead, he decided to go with an ’80s theme rather than costume: a Loot Crate 8-bit Mario t-shirt and socks with fire-spitting plants.

As for me, I decided on ’80s punk — mainly because I could crib heavily from last year’s goth outfit  Specifically, I used the bustiere, black necklace and really-more-punk-than-goth-anyway earrings.

Then I cut the bottom off an old fishnet bodysuit I hadn’t used in years and borrowed Tim’s motorcycle-style boots.

Then it was just a matter of finding jeans and a little jewelry. I found a $3.99 pair of black, tapered-leg jeans with a slightly-too-high-for-me rise. So pretty close to ’80s and, as I mentioned, $3.99. I also picked up a pair of earrings for the second set of piercings. In all, I spent $7.48.

Next I went on my beloved OfferUp and found two chokers that also work as double-wrap bracelets — $5 each. I wore one as a choker, one as a bracelet, and I made sure they were items I could probably make work with normal outfits.

I also got a $1.09 blue eyeliner pencil for my bottom lids. (Side note: Wet ‘N Wild Kohl eyeliner pencil is surprisingly soft and has good staying power. I recommend it.) Unfortunately, I practiced with it so much that I had to go out and get a pencil sharpener too; but that was only $0.99.

Well, after a couple days of practicing, I managed to do a decent job on the eye makeup. And I teased my hair to within an inch of its life, then used about three times the normal amount of Bedhead Hardheaded, which already has terrifyingly good hold. 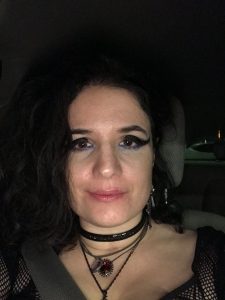 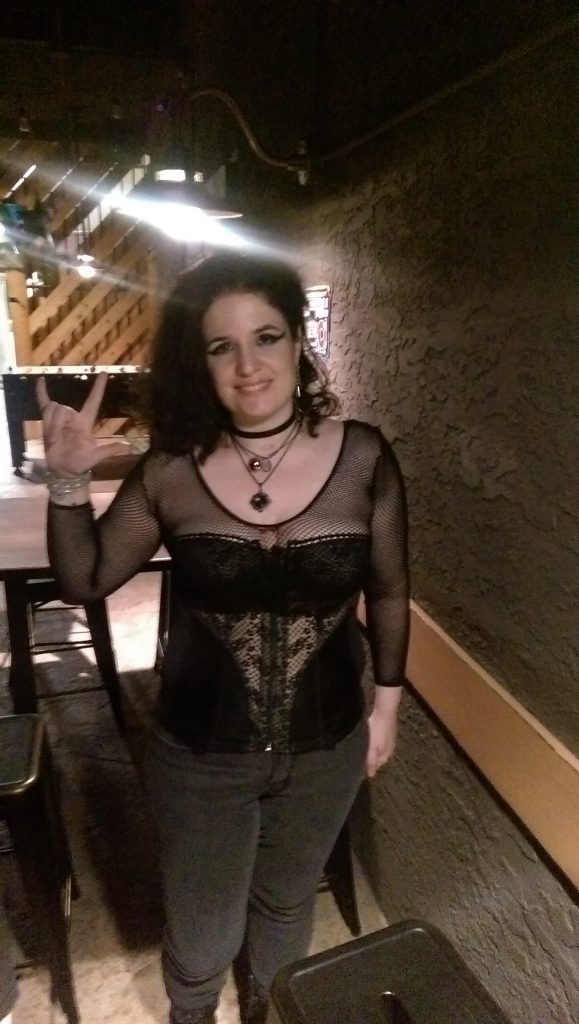 Apparently I’m going to get at least one more use out of it because people decided to wear costumes to the FinCon closing party. In addition, the trivia group has an event on Halloween, and we may dress up. Though I may revert back to the goth costume for that for at least some semblance of variety.

We’re getting down to the dregs of items to sell. We have a dresser, a glider chair, a mirror, some frames, a shoe tree and a few other odds and ends which may or may not get scooped up.

I initially listed the mirror for free. The response was so tremendous — about 15 people in just a few hours — that I took it as a sign to try to sell it rather than give it away. Which is to say, please tell me what a non-beveled, non-embellished, 24″ by 30″ mirror should go for.

But we’ve added some items into the mix — and have a few more to go.

I’ve been trying to buy as much as possible out of day to day funds to prove that we can redecorate without stretching the budget.

In the past few weeks, I’ve used weekly funds for:

And this past week I snagged a card table and four folding chairs for $15 (LetGo). We officially have plenty of seating for any game nights I want to host! Unfortunately, the weekly funds were low, so the card table had to come out of the sell-off proceeds. So did the gallon of paint, though it was a pretty reasonable $30 after tax.

Still, after all this we have enough to buy the two Ikea display cases ($55 each) and a piece of art I found on Etsy ($11.99 with shipping). Plus we’re almost definitely going to have enough for the tremendously-overpriced-but-nonetheless-awesome shower curtain.

Part of this is because I was able to renew my Swagbucks efforts, netting Tim and I enough that we’ll be paying for the TV stand entirely with Amazon gift cards. Three cheers for Swagbucks!

I was woken up at 4:30 this morning by Tim talking to himself. Or rather, to the toilet. Specifically “Ewwww, gross!” Which is never a good sign.

Apparently Pandora puked, and he cleaned it up with toilet paper, which he then tried to flush. At that point, the base of the toilet started leaking. Hence the “ewww” part.

We ended up both staying awake after that because sleep is a cruel mistress. I did some research and found that the problem is almost certainly the wax ring. (To my credit, I actually thought that was the problem.)

Replacing a wax ring actually isn’t all that complicated. Getting to the wax ring is a pain. Even that isn’t difficult — turn off water, flush until tank and bowl are empty, unbolt toilet — but then you have to lift the damn thing.

Tim’s back has been very bad lately, and it’s finally starting to behave a bit. We don’t want to aggravate it when it’s finally calming down, so I’d be on my own. Though I don’t think we could both easily fit in the space anyway.

So we’re now have to wait for a plumber to come on Monday. Unless I get frustrated and bored enough to give it a shot myself. I doubt it’ll happen, but never rule out my masochistic/frugal bastard tendencies winning out over common sense.

What’s up with you guys? Who wants to come help me change a toilet? 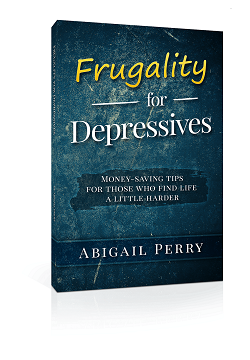